Get to know your Coaches 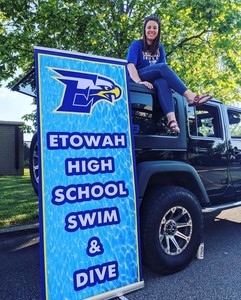 Coach Kaitlyn Smith is a 2007 graduate of Etowah High, swimming for the Eagles all four years and serving as captain her senior year. After high school, she swam for Florida Southern College in Lakeland, Florida. As a distance swimmer, she was named MVP her freshman year. She also swam year-round for the Tidal Wave swim team throughout middle school and high school. After college, Smith coached a local Lakeland club team followed by some Cherokee County summer league teams. She became Cherokee High’s assistant coach, and then took over as head coach, remaining there for 5 years. Last year, she returned to her Alma Mater as head coach of the Etowah Eagles. She looks forward to helping Etowah continue their winning traditions. 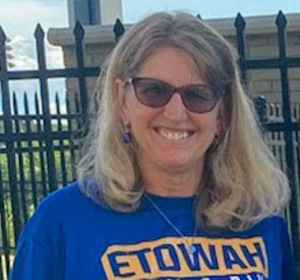 Coach Virginia Diederich is a graduate of North Cobb High School in Acworth. At that time, she and her sister were the only members of the team. She set a state record in the 500 free that lasted for 18 years. After high school, she swam at the University of Georgia. She was a multi-year All American and was named the SEC Scholar Athlete of the Year her senior year. She also swam year-round for the Atlanta Swim Association in middle school and the Dynamo swim team throughout high school. Coach Diederich coached several summer league, club and college teams. She became Etowah High’s assistant coach, and then took over as head coach, remaining there for 15 years in all. After a two year leave, she came back to assist Coach Smith. She enjoys helping with stroke technique and race strategy.

THANK YOU to our Sponsors!

View all
Recent News
List of of recent news posts

We are so grateful for those who sponsor the Aqua Eagles each year.  We are looking for sponsors for the upcoming 2021-2022 swim season.  If you are interested, check out more information under the Sponsors Tab.  Thank you in advance for your support!